The passing of the Road World Championships tells the time of the year.  CX-ers are gritting their teeth during eye-popping efforts, winter athletes are preparing for the transition to snow, and roadies have rounded out their season and wrapping up their time off.  That time off is just where the rub can occur.   It is easy to put your feet up and not think about training, diet, or even unpacking the last few items in your race bag that haven’t seen day-light in four months.   However, the off-season to any athlete is an important time in their build for the coming season.  Proper mental and physical work during this period can go a long way in setting you up for your goals in the coming training blocks. 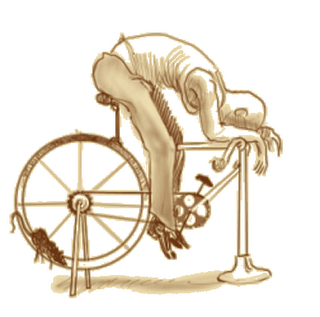 Rounding out the season, many athletes are fried whether they realize it or not.  Motivation for next spring’s races can carry some straight through the fatigue that comes after a peak.  However, most are looking to rest and regroup.  And that is the first part of preparing for next season—doing hardly anything.  This level of “hardly anything” varies from athlete to athlete, but involves a rest period.  Old or new injuries should be addressed as well has just taking a bit of time to fully recover.  A classic strategy is to take two weeks to a month completely off.  But, this level of recovery is not usually required and will cause some to go stir-crazy.  If you’re facing over-training syndrome or life has accumulated (remember, this is a hobby to most of us no matter how much we pretend), then a long duration of inactivity may actually be what is in order.  While from a training standpoint, this may not be ideal, the losses are minimal when compared to the potential repercussions of pushing on.   For many, however, a solid block of recovery with some activity is just what is needed.  A couple of easy recovery rides and some fun time without structure is what’s in order.  The idea is not to minimize detraining and stepping too far back.  But, again, this is a complex picture with more than just miles ridden to be considered.  One way to limit detraining is to avoid excessive time off.  Various adaptations occur fairly rapidly ranging from decreased levels of plasma in the blood to loss of mitochondria in the muscle.  Luckily, many of the physiological attributes that are quickly lost are able to be regained relatively quickly if detraining doesn’t progress too far.  These also respond to a level of “maintenance” training to avoid slipping too far down the slope.
Assuming a solid recovery takes place, now it’s time to check out that smorgasbord of holiday food and drinks… and then back away.  The off-season and early part of training are the times to lose weight.  Anecdotally, this is one avenue where racers can have a major impact on the upcoming season.  The topic of weight loss and body composition goes beyond simply riding more and eating less.  Implementing strategies to achieve your weight loss goals and allow proper recovery are essential.  Some view the winter months as a break from strict dieting and plan on losing the weight when the temperatures creep upward.  The flaw with this is the effect diet has on your training.  As the intensity of training creeps, up so does the need to meet the energy output as well as substrate source with input.  This need is what can send your fitness down the tube if weight loss is attempted later in the race calendar.  In the end, having a caloric or nutrient deficit does not allow recovery from intense training.  The ramifications are two-fold.  First, without recovery, athletes face an increased risk of over-training.  Increased risk of illness and injury along with power-outputs of a kitten take long periods of rest to bounce back from.  Additionally, without adequate recovery, the workouts become ineffective.  Fatigue sets in before the goal work rate can be sustained for the prescribed duration.  This limits the gains that can be made each training session, and in extreme cases, may not provide sufficient stimulus to provide a training benefit.  This draw-back is more difficult to notice as, subjectively, an athlete may not feel too tired or sense that they have only a little twinge of fatigue.   In the end, however, they are not able to completely finish a workout, or barely finish the five efforts of the day when they should be doing six.  The off and early seasons, when the emphasis is not completely fatiguing efforts but rather relatively low intensities, are the periods to allow for a caloric deficit in order to get closer to the goal weight.  A major component of this is the substrates used for energy at the varying intensities—fat (a very abundant energy dense source) versus carbohydrate (a  limited source that takes longer to replenish). Even more importantly, this is the period to decrease weight gains.  If an athlete can limit themselves to a pound or two of excess, training and weight goals are significantly easier to achieve.
Early off-season is also the time to reflect and plan.  Athletes are encouraged to go back and look at the goals that were made for the season and see what contributed to meeting or not meeting them.  From there, decide what the next season holds.  During this period, athletes still have perspective on the previous year.  Later in the off-season when motivation increases, events from the previous season may be forgotten and lead to unrealistic goals or an athlete over-extending themselves not recalling the effects of travel, training, and racing on various parts of life and training itself. 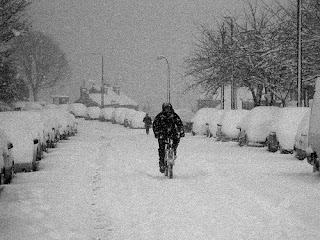 Additionally, early planning allows for a more effective build.  While twelve weeks can allow for an athlete to come in to serious form, especially with prior training, additional time enables more freedom to progress at a slower rate.  A more gradual build not only aids in preventing injury and over-training by ensuring adequate adaptations, it permits athletes to reach the higher intensity portions of training with greater fitness, allowing for higher work rates and further adaptat
ions.  Additionally, it establishes workouts for an athlete’s goals, rather than everybody else’s goals.  In the Texas area, early March provides a solid block racing, when up north, one hopes for rides without the threat of black-ice.  By having goals established early, proper implementation of intensity duration of workouts can occur.   And if goals and the racing calendar are conducive to it, an athlete can have two solid peaks in one season due to the work put in earlier in the year. While it may lead to comments like “dude, it’s the off season, you don’t need to go that hard” from training partners, long term planning allows for the most effective use of training in the off season.
The off-season is typically used to work on an athlete’s “base.”  This term, however, has been misused in the past leading to ineffective training.  Two major components of a workout are duration and intensity and the respective adaptations each brought.  The old school of thought still held by many proposes easy rides of long duration.  Adaptations do take place during this type of training and shouldn’t be denied.  However, the practicality and effectiveness of these workouts should be called in to question.  First, most recreational athletes do not have the luxury of a time commit allowing for 3 plus hours on the bike multiple days a week.  This is even more so in the winter months when weather and lack of daylight limit training times.  Secondly, research has shown that many of the adaptations that take place at lower intensities also take place at relatively higher intensities with a decreased duration.    In the end, athletes can begin to make fitness gains in 45 to 90 minute training session either outdoor or indoors.   It has to be remembered that that the body works on a stimulus-response system.  While workouts may or not include maximal efforts depending on the training developed between the coach and athlete, various fitness gains can be made.  And above all else, loses can be minimized with proper implementation of intensity. 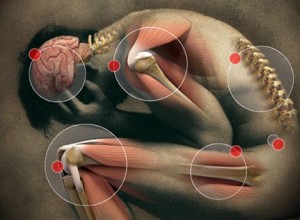 The primary goals of an effective off-season are recovery and preparation.  Recovery from injuries as well as prevention can take place with little detriment to the upcoming race season.  By becoming organized and establishing realistic goals for the darker colder months, athletes can emerge at a higher fitness level and can succeed in achieving an ambitious peak.