Tim Johnson.  That's my prediction and barring injury or illness at this point of the season, and I'm sticking to it.  I told a few friends back in September that the one who will win CX Nationals will only begin to see championship form around Thanksgiving.  And I'll followup the statement with this, “the guys who are winning consistently in the early and middle season will struggle with the races as nationals approaches.” Here is my reasoning: 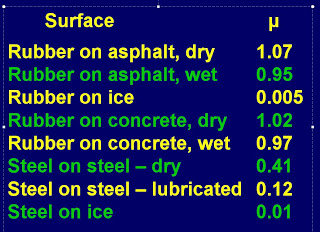 Guaranteed to be icy with snow. With a January average max temperature of 28F,  Madison has had at least 3″ of snow on the ground in January every year since 1992 except for 2001.  Also, anytime your host city has ice skating, snowshoeing and ice fishing on the city calendar, all within 6 days of the Elite races, ice will be a guaranteed feature of the course.  This means all the pre-riding, early races, and fall recon of the course is worthless.  Ice offers virtually no traction and very few riders, even at the professional level have the necessary combination of mental toughness, horsepower, throttle feathering ability and handling skills to negotiate it at the national championship level.

Tim, however, does have that combination and he has proven it.  Looking back the recent national championships and cross referencing them with memory and news, we can review Tim's results:
2000 Overland Park, KS.  Ice, snow. 1st.
2005 Providence, RI. Ice, mud. I couldn't seem to find his result from the Dec. 9 event.  Any help?
2007 Kansas City, KS. Ice, mud, more ice. 1st.

The only time that it appears that Tim lost an icy national championship was when Todd Wells won in 2005.  However, Todd will not be in Madison in order to make a run at the coming Olympic games.

Fitness and Form:
Equally, if not more important, is Tim's preparation for the event.  It was well publicized that Tim was taking the 2012 CX Champs with a much different approach than year's past.  His build up was going to be longer, more gradual and it was not going to include a full road schedule.

There are probably multiple reasons for this but I'll only cover the big ones.

Improvement in quality and depth of field:
Todd Wells said it and I've heard it repeated in many different interviews.  CX is bigger and moving away from the fringe.  As this shift occurs, more fast riders are concentrating on the CX season and expecting results.  Todd Wells said that he is having a more difficult time jumping from the mountain scene to the cross scene and winning as the sport continues to grow.  In all likelihood, the next few years could see the increased proliferation of CX specialists in the US.  That brings with it faster races, and makes it more difficult to win the races and the UCI points. Indeed, as soon as you have competition, then within a narrow range of individuals training will become a crucial determinant of who wins loses.

Age:
Let's face it.  Everyone gets older.  While the newest research points that the effects of age can be thwarted, eventually, it does catch up to us all.  With aging, the first element that begins to fade is the explosiveness of athletes.  At 34 Tim may just now be feeling the effects of this.  Vo2 and Aerobic abilities usually are not effected significantly until probably after he retires.  However, in an event where only one place matters, one half of 1% can be the difference between a stars and bars jersey and finishing in any other position.

The buildup, both physical and mental:
It was very well publicized that Tim's build started slow.  He said it himself in an interview, “I'm going to suck at the beginning.” On the other hand, while I've only spoken with Tim briefly a couple of times and never this season, his interviews are very candid and he understand his limits as well his own mortality.  I think Tim knows that it will be a tall order to ask someone to go fast from September to January on the CX bike.  However, I do disagree with one aspect and that is this reference to the middle of the CX season being a “lull.”

The “lull,” downtime, mid season break, or whatever you want to call it is entirely over-hyped and under executed.  Taking the long hours of training, traveling and racing and replacing them with even more training does not constitute a rest.  Also, for proof that a true break does work, join me as we take a trip down recent memory lane and remember that in 2009 Tim suffered a separated shoulder which sidelined him the first part of the CX season.  That only led to the most successful season of Tim's career.  In 2010, Todd Wells crashed in Fort Collins, putting him on the injured reserve roster for a couple of weeks.

Over the next few weeks, we saw Todd get better and better until he finally won his first CX race of the 2010 season, the National Championship. Also, if you take a gander at the Rapha Focus schedule to see Jeremy Powers' schedule, it appears that he's racing every week.  That's alot of travel and a LOT of travel related stress for an athlete who is the fastest CX racer in the US right now.  It should be interesting to see how the stress accumulates with each top contender.  Take home message here is that in order to race at a national championship level, there needs to be a true rest, constructed or forced, on the calendar.

Also, as we take a quick peek back at some results sheets, you can see Tim inching closer and closer, by time to the front of the race.  This points to a couple of things
worth note. Tim is getting (relatively) faster while his top competitors' form has stagnated or is starting to slip. Note: this is all very relative and remember a “slow” Jeremy Powers or Ryan Trebon are still capable of riding very fast indeed.

Emotional/ Psychological:
As a Coach, it's always interesting to me to see how elite athletes handle being anything less than a super-rockstar.  I could argue that until Tim completely flops, he will remain that. Yet, he only recently, experienced the success that a 3 time national champion is accustomed to.

Sept 14, 2011: I've already placed this link once, but here it is again.  Tim claims that he's going to have a slow start to the CX season and appears okay with it.

Nov 6, 2011: In this interview, Tim talks about how he's getting closer to racing with the best, and winning.  His patience and confidence were definitely tested the previous 6 weeks but his resolve and trust in his program held fast.  He is starting to see the form coming and it appears to be feeding his confidence.

Nov. 28, 2011: Finally, that first win of the season and Tim appears both relieved but also excited for what the remainder of the season holds now that he is riding “fast” again.

Nov 29, 2011: Tim discusses exactly how tough the first part of the season was. Again, you can feel his releif in the interview.

It takes a tremendous amount of trust in himself, his support personnel, and his program make this leap.  Also, it takes an athlete who is comfortable with success and is willing to risk some early hype to make a bigger push towards the finale.  For all the above reasons, I peg Tim Johnson as the next US CX National Champion.